Following his visit to Sri Lanka last week, the UN Special Rapporteur on Contemporary Forms of Slavery, Tomoya Obokata, raised concern over caste-based discrimination in Sri Lanka affecting the lives and opportunities for oppressed castes in the country.

IDSN welcomes the attention to an often hidden issue in Sri Lanka.

In his end of mission press statement Mr. Obokata stated:

“I also wish to raise the issue of caste-based discrimination which reportedly persists in Sri Lanka. In the Northern Province, for instance, many belonging to oppressed castes are not able to obtain suitable land to start an agricultural business and access to water and irrigation is limited.

Also, instances of workplace harassment including the use of offensive language by individuals belonging to dominant castes, including public officials, have been reported to me. The prospect of promotion is said to be much lower for oppressed castes.

There are also regular instances of violence against members and communities belonging to oppressed castes. I was informed that the issue of caste is silenced and there is reluctance on the part of authorities and communities to adequately address this issue.

I am concerned by these instances of discrimination and abuse towards the oppressed populations, as they limit the opportunity of members of oppressed castes to access decent work, thereby increasing the risk of contemporary forms of slavery.”

Read the full press statement by the Special Rapporteur here 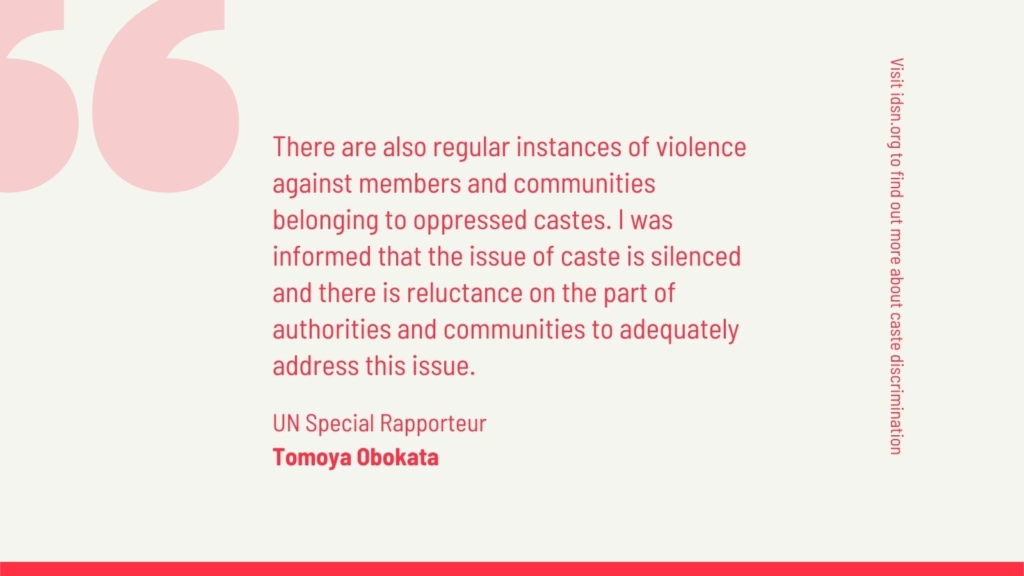 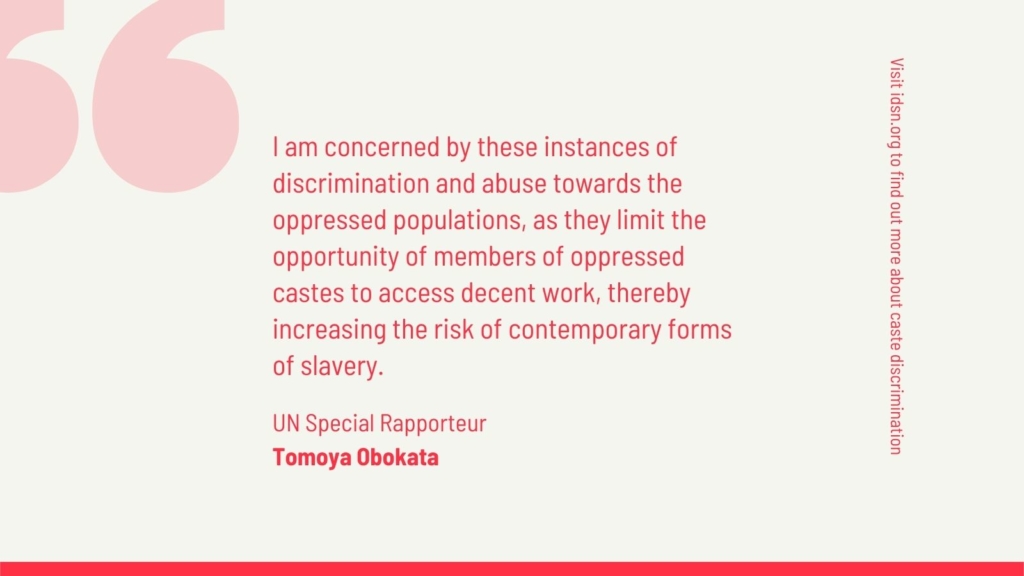