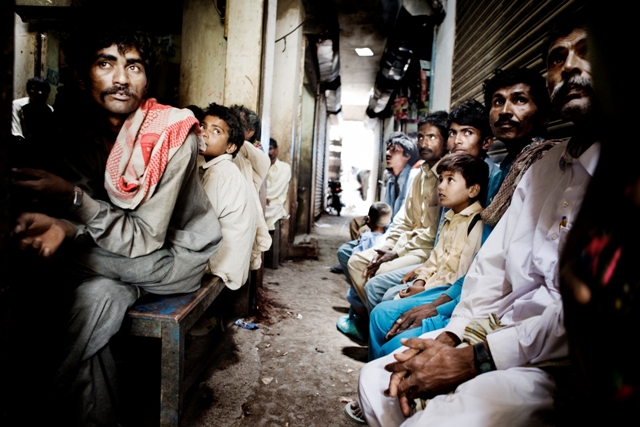 Press Release (23 October 2012). The Government of Pakistan has failed to honour the commitments it made at the UN review of its human rights record four years ago. International NGOs are urging states to recommend it to ensure full protection of minorities, including Dalits and other marginalised groups. 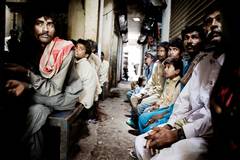 When Pakistan’s human rights record comes up for review at the UN on 30 October, there must be a strong focus on the rights of religious minorities and other marginalised groups, whose human rights situation has deteriorated over the past few years, NGOs said today in a joint statement.

When the Government of Pakistan (GoP) was first reviewed by the Universal Human Rights (UPR) mechanism in 2008, it accepted some of the UPR recommendations on the protection of minorities, including Scheduled Castes (SCs) – also known as Dalits. A welcome first step was the country’s ratification of the International Covenant on Civil and Political Rights. Despite these commitments, little progress has been made since then. In fact, the situation for minorities has worsened over the past few years.

“Dalits are still socially and physically excluded from the mainstream, as they are compelled to live in segregated housing and are denied fundamental social, political and economic rights”, said Mr. Zulfiqar Shah of PDSN. As a religious minority, Dalits fall victim to double discrimination, because they suffer discrimination as non-Muslims and because of their caste status.

Cases of forced conversions of Hindu girls from the lower caste communities and discrimination against Dalits in disaster relief work have drawn media attention to this community. The GoP is recommended to adopt a law prohibiting caste-based discrimination and ‘untouchability’; ensure representation of SCs in provincial and national assemblies; and establish a commission to look into the situation of SCs, including the problem of forced and bonded labour which is heavily affecting landless rural workers from the SCs.

“The lives of religious minorities, are under persistent threat in Pakistan”, said Shobha Das, Director of Programmes at MRG.  “Discrimination and violence against religious minorities is rife; perpetrators enjoy impunity; and repressive legislation is still in place, and is applied disproportionately against minority communities,” she explained.

Pakistan’s infamous blasphemy laws remain a crucial issue. Although religious minorities constitute less than 5% of the population, around 50% of the blasphemy cases brought to court are against them. They require no proof of intent nor penalty for false allegation and so are easily manipulated or abused, leaving many minority members vulnerable.

“The blasphemy law serves as a basis for institutionalized religious and caste-based discrimination, as well as violence and oppression carried out by both state and non-state actors”, said Francesca Restifo, International Advocacy Director of FI. The NGOs called upon Pakistan to repeal these laws, and take steps to replace them with laws against incitement to hatred.

The Pakistan national report submitted for the 2012 UPR is silent on many critical matters, including the institutional discrimination faced by the Ahmadi community. “This clearly indicates that the GoP is yet to take heed of continued calls by international bodies to use legislation and social measures to address the entrenched discrimination faced by this community”, said Shobha Das of MRG.

The UPR review offers an opportunity for states to recommend to the GoP to implement concrete, time-bound action to eliminate these problems. “It is essential that explicit references to eliminate discrimination against minorities and excluded groups like the Dalits are included in the UPR recommendations. Otherwise, there is a high risk that the situation for some of Pakistan’s most marginalised people will deteriorate even further,” said IDSN coordinator Rikke Nöhrlind.

In Pakistan approximately 95% of the population is Muslim, while less than 5% is composed of other religious communities such as Christians, Hindus, Ahmadis, Parsis, Buddhists, and Sikhs. Approximately 2.5 million Christians make up around 1.6% of the population. Official statistics claim that Scheduled Castes constitute 0,25% of the total population – i.e. approximately 330,000 persons. Representatives of Scheduled Castes however claim that the number may be as high as two million. These data do, however, not include ‘lower castes’ within the Muslim community, living under similarly depressed conditions.

The UPR mechanism is established under the UN Human Rights Council. The UPR Working Group will review Pakistan for the second time in Geneva on 30 October between 9 am – 12.30 pm. The review will be broadcasted live on the internet

Information for the press:

The media is invited to the following events at Palais des Nations in Geneva concerning Pakistan’s UPR:

For personal interviews, Mr. Zulfiqar Shah of PDSN and Dr. Shobha Das of MRG will be available at the UN between 29-31 October. For more information, contact Gitte Dyrhagen Husager of IDSN at (gd@idsn.org) or phone no. +41762599907.