So you think you’ve had a shitty day? Campaign against manual scavenging 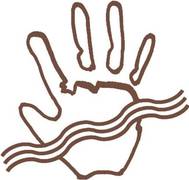 On the World Day for Decent Work (Tuesday 7 October) Dalit Solidarity Network UK launched the ‘Foul Play’ campaign to demand the end of the human rights abuse of manual scavenging. Around 1.3 million manual scavengers in India clean up human excrement with their bare hands.

The 2010 commonwealth games in Delhi are organised under the banner of ‘Humanity, Equality, Destiny’. The ‘Foul Play’ campaign insists that these principles cannot be achieved until Manual Scavengers are fully rehabilitated. The campaign also seeks the release of money promised to rehabilitate manual scavengers by the 2010 Commonwealth Games.