IDSN submitted a report detailing the challenges faced by Dalit women and girls in Pakistan, for the review of the government’s report on compliance with the UN Convention on the Elimination of all Forms of Discrimination against Women (CEDAW review), which took place Tuesday 11th February.

An issue of major concern, highlighted in IDSN’s report, is that of forced marriages and forced conversions of women and girls that affect Hindu and Christian minorities disproportionately. There are frequent reports that the victims are kidnapped and subjugated to physical and emotional abuse involving threats of violence. One unfortunate result of the parents’ constant fear of their daughters being abducted, forcibly converted and married to those kidnappers, is that it persuades the parents to arrange early marriages for their girls sometimes in early teens, with the consequential results of early pregnancies, increased child mortality and poverty. 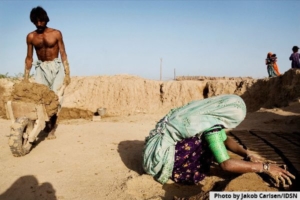 Modern slavery, affecting 3 million people in Pakistan is another point of concern. The majority of the marginalised and excluded groups, such as Scheduled Caste Hindus (Dalits), Christians and Muslim Sheikhs, are unskilled workers and work in the informal sector, particularly in agriculture and brick making. There is no mechanism that ensures a minimum wage, resulting in incidences of child labour and bonded labour, higher among Dalits in Sindh and South Punjab, than other communities. Christian and Dalit women and children may also be subjected to sexual exploitation by the owners and managers.

During the review, a number of Committee members have inquired the Pakistani delegation about the enforcement of the legislation prohibiting forced marriages and conversion. Moreover, Pakistan had integrated traditional dispute resolution mechanisms to the judicial system, contrary to previous recommendations of the Committee.

The Pakistani delegation has not provided concrete data or an accurate status of the implementation of such legislation during the review. The Committee regretted the persistence of forced marriages, under a pattern of impunity. 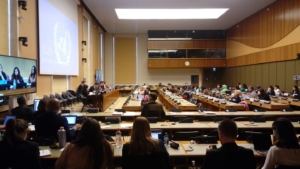 The Committee requested (disaggregated) data on prosecutions and sanctions for the perpetrators. Forced marriages and conversions affect disproportionately Dalit women and girls in Pakistan. The Committee also noted the fragmented manner in which legislation is adopted in the country, generating several different protection standards.

Meena Varma, Executive Director of IDSN stressed on the occasion,

“It is of utmost importance that the CEDAW Committee keeps scrutiny on the status of implementation of the legislation prohibiting forced marriages and conversion in the country. Otherwise, we will miss an opportunity to see any real development, especially since the last review of the country by the Committee”. In addition, “Forced marriages and conversions are violations that trigger other serious instances of gender inequality in the country. This needs to be addressed as a matter of urgency” said Meena.