UN Special Rapporteurs and other human rights experts are meeting this week in Geneva. IDSN has called on these mandate holders to strengthen their efforts to address caste discrimination. 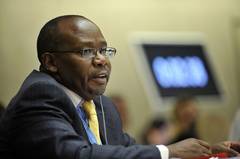 The International Dalit Solidarity Network has launched an appeal to UN Special Procedures mandate holders on the occasion of their 17th Annual Meeting from 28 June-2 July.

The appeal contains a number of recommendations to relevant Special Rapporteurs, including a call to support the draft UN Principles and Guidelines to eliminate caste discrimination. These norms constitute the first comprehensive international framework to address this important human rights issue, which affects an estimated 260 million people globally.

Two mandate holders have already expressed their support for the guidelines. In November 2009, the Special Rapporteur on contemporary forms of racism, Githu Muigai, urged states to rally around them. Earlier this year, the Independent Expert on minority issues, Gay McDougall, described the draft UN Principles and Guidelines as an “important contribution to the global struggle to combat discrimination on the ground of work and descent”.

IDSN hopes that these statements of support will encourage other mandate holders to address the issue from the perspective of their own mandates. Many of them have already made references to caste discrimination in their reports and communications.

During the Annual Meeting, Special Rapporteurs and other mandate holders will also meet representatives from civil society. For the same reason, Dalit activists have travelled to Geneva this week – they will be participating in a side event on human rights in India.