In a victory for the Dalit movement in India and for all committed to justice and equality, a historic bill amending the ‘Scheduled Castes and the Scheduled Tribes (Prevention of Atrocities) legislation has been passed in the lower house of the Indian Parliament, the Lok Sabha. The National Coalition on Strengthening PoA Act (NCSPA) have struggled for six years to ensure amendments to this act strengthening the rights of the victims and witnesses, improving access to justice and introducing preventative measures. The bill now remains to be passed in the Rajya Sabha (upper house of the Indian Parliament) also, scheduled for December. 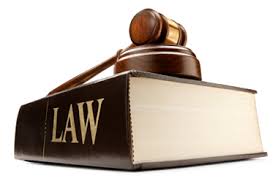 It is hoped that the amendments will be a stepping stone towards curbing rampant caste discrimination and violence in India that all too often goes unpunished. While Dalit organisations and networks are celebrating this milestone achievement they are also aware that passage in the Rajya Sabha and implementation of this act remains key precursors for the amendments to have the desired effect.

“The amendments if implemented in full spirit will make justice accessible to the Dalits and Adivasis victims, which have been denied to them in absence of political will and inadequate legal mechanisms and machinery. After the passage of the Bill, we are equally happy for the reinforced right to equality in different social spheres but also anxious. After the [pending] passage of the bill in Rajya Sabha (Upper house of Parliament) the herculean task of its effective implementation will be another big challenge. Here the journey of NCSPA is not ending but transcending for its true implementation.”

The amended act will include the provision of special courts for SC/ST act cases and for rehabilitation of victims. A number of actions to be treated as offences under the act have also been added including forcing a Dalit or Adivasi to vote or not vote for a specific candidate, wrongfully occupying land belonging to Dalits or Adivasis – specifying what is meant by wrongful. The area of sexual abuse of Dalit or Adivasis women has also been further elaborated to specify acts constituting abuse and also that it is illegal to dedicate Dalit of Adivasis women as temple servants such as is the case with the Devadasi practice. A number of other offences have also been added to the bill including ‘imposing or threatening a social or economic boycott’ – an offence that many have suffered from when trying to assert the rights in a highly discriminatory setting.

The bill also specifices that public servants neglecting to register a complaint or a first incident report (FIR) or neglecting to read out information orally to victims before asking them to sign shal be punished with imprisonment.

In relation to the role of the courts, the bill specifies that an Exclusive Special Court for trying cases under this act must be established at district level and that cases, which have been historically drawn out, must be disposed of within two months. The bill also adds a chapter on the rights of victims and witnesses to strengthen protection.