On Friday 22 February, thousands marching to end sexual violence against women and children in India, will take to the streets of the capital to demand justice and raise awareness about the need to fundamentally change the attitude generally held about victims of sexual violence. The 65-day March has covered over 10,000 km across 24 states. The march was kick-started by 5000 survivors of sexual violence on the 20th of December in Mumbai and organised by Rashtriya Garima Abhiyan. 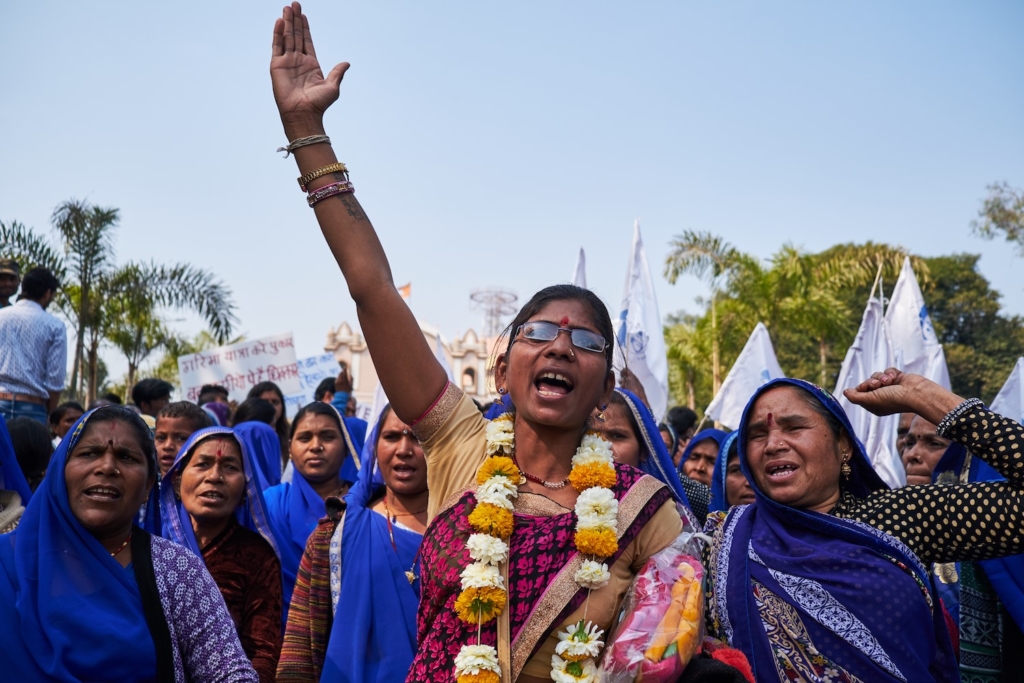 The aims of the march are to end stigmatization; to demand that state, non-state and social actors will publicly voice their support for the survivors; and to create a national survivor network to ensure participation in decision making on policies and implementation of laws and guidelines related to sexual violence.

The March has been a platform for women and children to share their experience of sexual violence and for others to support these voices and fight in solidarity with them. As the organisers state:

The Dignity March is a response to what is happening around us. It is time to speak up, end victim shaming and shift the blame. Collectively, we must hold the state actors accountable to ensure justice to survivors.

Throughout the March community meetings have been held across India opening the conversation on sexual violence and trafficking. State-level meetins have also been organised to step up efforts to address sexual violence and support survivors. The organisers state:

The Dignity March has been traveling across the country with the intent of creating awareness and changing societal perceptions, attitudes and behaviors toward sexual violence. A bus full of survivors of rape and their families have been hosting discussions, conferences and meetings, to share their experiences without shame and fear. Their stories impress upon the listener, the urgent need to shift the stigma and blame that sexual violence carries, from the survivor onto the perpetrator. For she has done nothing wrong. She must be given the support and strength to continue to walk with her head held high.

As the March rounds up its final leg from Haryana and Punjab, to reach New Delhi on February 22nd. 10,000 survivors, their families, local organizations and community members will gather to stand firm against sexual violence, at Ramleela Maidan.

Through its travels, the yatra has made an effort to reach out to the government and various stakeholders in the judiciary, medical and police departments to ensure they perform their role with regard to addressing crimes of sexual violence. But more important than redressal, is prevention, which begins from society’s ways of thinking and conditioning. Ashif Shaikh, convenor of the Yatra

For more detailed updates from the March see: