On April 9-11 IDSN supported the Dakar Consultation on Global Partnership and Joint Actions in Addressing Discrimination based on Work & Descent – DWD, Untouchability, Contemporary Forms of Slavery and Analogous Forms of Discrimination that looked at caste and analogous forms of discrimination across the world to ensure joint actions and strategies to combat this form of discrimination. Information was shared and new initiatives formed and at the end of the consultation a Declaration was published as well as a summary report.

The Dakar Consultation in Senegal was an initiative launched by The Inclusivity Project (TIP), Trust Africa, Asia Dalit Rights Forum (ADRF) and Amnesty International (AI) with support from Global Call to Action against Poverty (GCAP), Free the Slaves, CIVICUS, IDSN, UNESCO in Dakar, Senegal and IMADR. The Consultation brought together a network of resource persons from similarly discriminated communities in Africa, Asia and Europe.

It included 38 representatives of the committed national and international NGOs and civil society organizations from Africa, Asia and Europe, activists, leaders of the communities discriminated based on work and descent, human rights defenders, UN experts and academics. Representatives from Senegal, Chad, Mauritania, Mali, Niger, Burkina Faso, Somalia, and Gambia represented the DWD communities in Africa.

The objective of the consultation was to understand the societal structures and hierarchies in African region that perpetuate and reproduce DWD from one generation to the next. It examined multiple forms of discrimination which can aggravate DWD when combined with, for instance, race, ethnicity, sexual orientation, age, religion, creed, disability, and gender. the consultation explored how DWD impedes human rights violations including resource allocation, access to quality education, health care and protection of the natural environment and engage in a global call to action to end such discriminatory practices in Africa, Asia including South, Central, South East, Far East, Middle East, the Americas, and the Europe. It further, examined UN human rights machinery, which imposes obligations on States to protect against DWD. The consultation tried to discover ways in which collaborative partnerships on eradicating DWD can yield efficient and effective results toward the implementation of the SDGs, the mandate of the UN Human Rights Council, as well as Regional Mechanisms. Finally, it aimed at articulating a protocol that will call for the elimination of DWD worldwide and trigger global dialogue on DWD towards its ultimate eradication through effort deployed by various international and multilateral platforms

Read the declaration from the consultation: 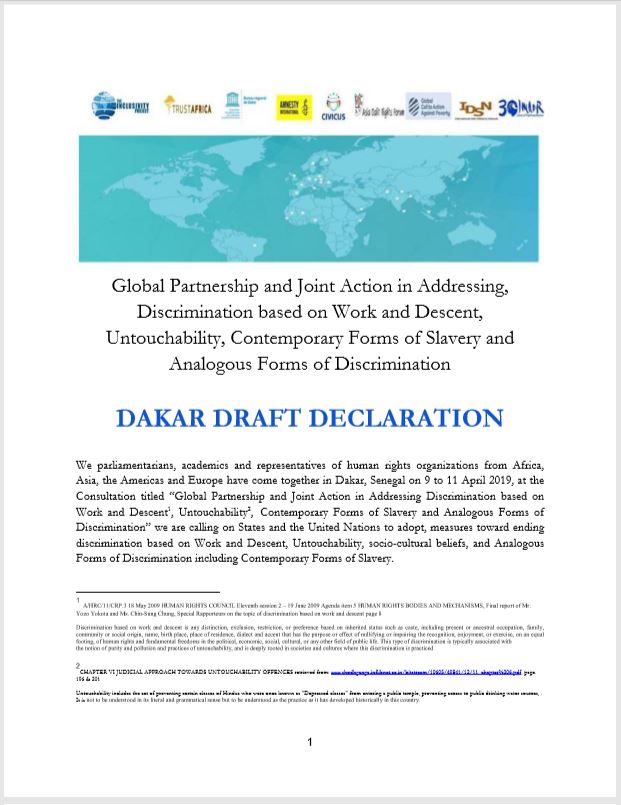 Read the report from the consultation 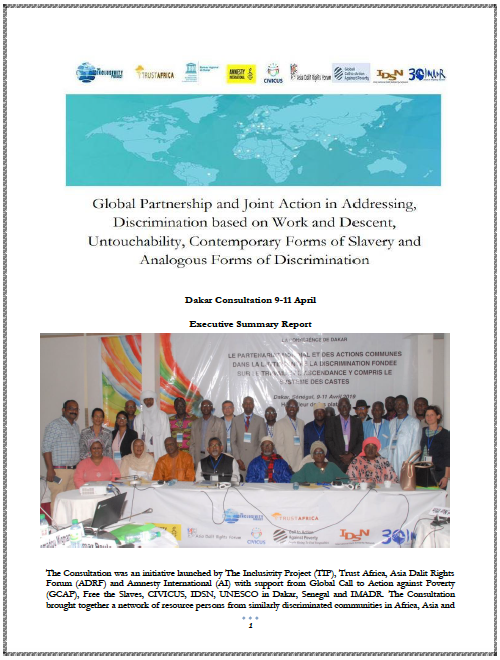