Conference on justice for dalits calls for international action

Church leaders and human rights advocates seek to further internationalize the struggle to overcome caste-based discrimination, which affects hundreds of millions of people worldwide. The UN anti-racism review conference to take place in Geneva in late April will be the first test of this strategy. 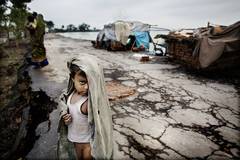 Organized by the World Council of Churches (WCC) and the Lutheran World Federation (LWF), and hosted by the Christian Conference of Asia, the conference drew 95 leaders and representatives of churches and human rights and development organisations worldwide. They learned about Dalit history and culture, the rape and abuse of Dalit women, forced labor, and atrocities against Dalits.

Although they recalled the failure of the 2001 UN World Conference against Racism held in Durban, South Africa, to address caste-based discrimination, they saw the upcoming 20-24 April Durban Review Conference in Geneva as a new opportunity to internationalize the issue.
In a statement titled the “Bangkok Declaration and Call,” conference participants called upon the international community “to offer a platform to those representing Dalit communities” at the Durban Review Conference, and urged “all participating governments to accept the inclusion of caste-based discrimination in those discussions.”

To sustain an international campaign against caste-based discrimination, the Bangkok Declaration calls upon global ecumenical bodies to develop their ongoing work on justice for Dalits, particularly by initiating a global watch on violence against Dalits and communicating this to member churches and beyond.

The declaration also asks for the establishment of a task group to follow up on the Bangkok conference.
In the meantime, participants at the Bangkok conference pledged to help internationalize solidarity for the Dalits in their own countries.
IDSN welcomes the renewed global commitment to help bring human rights and justice to the Dalit community.