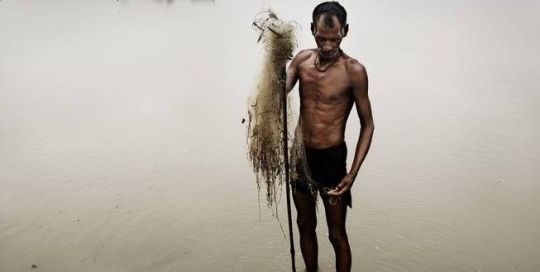 Dilahi, Bihar, India, October 2007. A meagre income. Dalits suffer double when natural disasters hit, as happened in South Asia in June 2007. Heavy rainfall caused the river Gandak to overflow, leaving millions of people in the state of Bihar displaced and without food and shelter. Even if the government dispatches help, […] 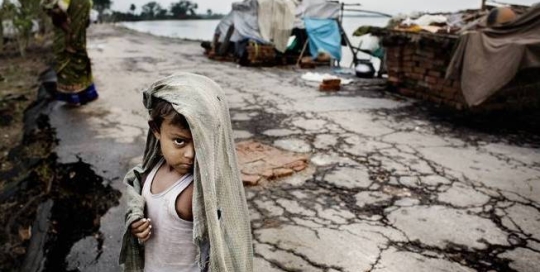 Displaced girl from Aladane village, Bihar, India, October 2007. The road is her home now – she is wearing all her clothes and she has received no help. Dalit children and women are particularly vulnerable in times of crisis. Levels of violence and cases of rape increase as Dalits are forced into […] 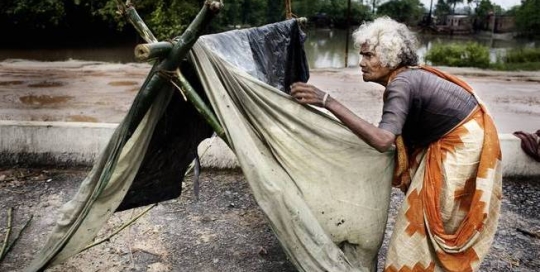 Road next to the village of Ramdas Ghosai Masali Konnare, Bihar, India, October 2007.

The old woman and her community of eighty families have been living along the road for more than three months after the floods in Bihar. They are unaware of any right to relief material. Some road workers gave her […] 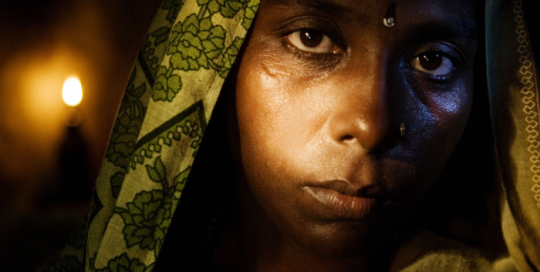 Dhaka Lahan, Bihar, India October 2007 Captured, stripped naked, beaten and slashed with a knife under both eyes, Sunita Devi, a 35 year old Dalit woman has paid a heavy price for living in the center of her town on land wanted by dominant castes. After ten years the court case is still pending. […] 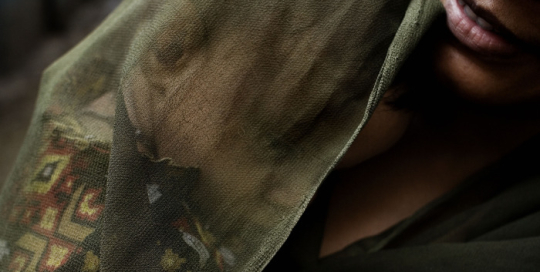 A family dispute is taken on the street in Ganaktuli Sweeper Colony, Dhaka, Bangladesh. 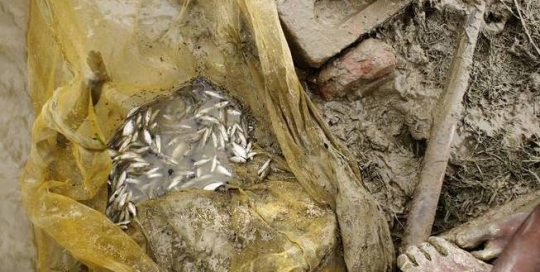 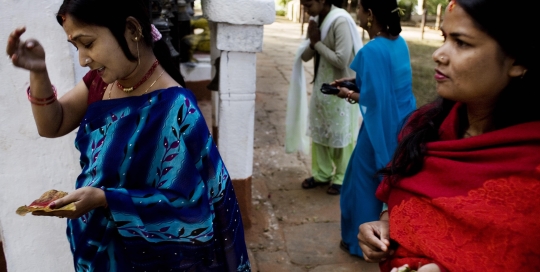 Only well-educated people dare to enter the temple, while Dalits are scared to, because of their dependency to non-Dalits. The accessibility of the inner room of the temple has always been restricted for dalits, and only non-dalits had access to that section of the temple. With the movement, the access restriction of […] 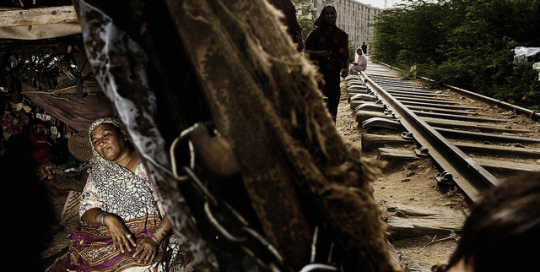 Makeshift slums in Mumbai where Untouchables from the countryside come to stay when they arrive without anything. They build shacks wherever it is possible. Next to the sewage canal, on top of water pipes, near the dump. Often they have to pay rent or bribe to officials not to have their homes […] 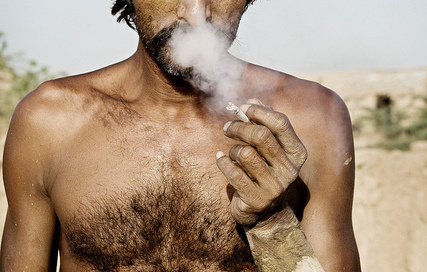 Discrimination against Dalits in Pakistan

Discrimination against Dalits in Pakistan

Many Dalits are forced to work in bonded labor, a form of slavery where workers are bound into debt that is nearly impossible for them to repay. Bonded laborers often work under inhumane conditions and with little time off. Dalits are especially vulnerable to bonded labor due to their low status in […]