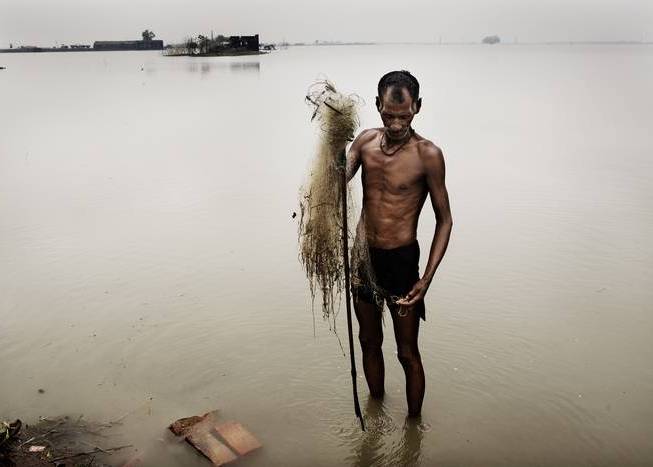 Dilahi, Bihar, India, October 2007. A meagre income. Dalits suffer double when natural disasters hit, as happened in South Asia in June 2007. Heavy rainfall caused the river Gandak to overflow, leaving millions of people in the state of Bihar displaced and without food and shelter. Even if the government dispatches help, discrimination often happens when dominant castes are responsible for the distribution of relief items.