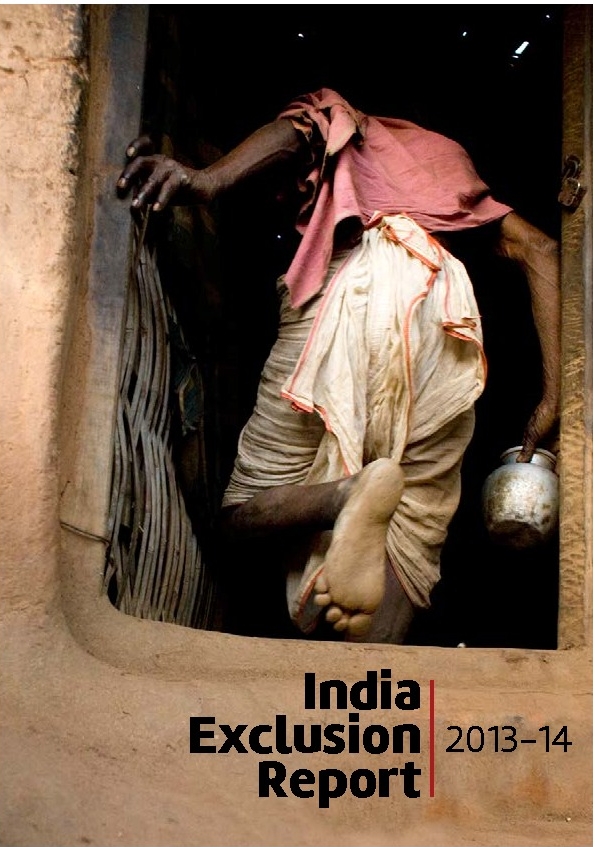 The report analyses discrimination across labour, education and housing in India. Within all these areas Dalits, and particularly Dalit women, come out at the bottom of the tables.

“India is inherently prone to exclusion practices that make large quantities of people extremely vulnerable to a sliding path towards destitution. The excluded almost exclusively belong to the suppressed castes, religious minorities and tribal groups. Within these categories, women are perhaps the worst off.”

In relation to discrimination in the labour market the report states,

“Caste remains a key determinant of a person’s future. This is perfectly reflected in India’s labour market, which is more governed by laws of social origin than by statutory legislation. Moreover, violation of caste rules by Dalits seeking to break caste-related employment barriers is prone to severe punishment from dominant castes, including economic boycotts and even physical violence.”

“Traditional caste rules mandate forced labour from certain communities. Caste is one of the foundations of the bonded labour system and remains a key feature of bondage even in non-agricultural industries today. The lack of access to their own land, combined with this expectation to perform free labour and the threat of violence and economic boycott against those who challenge their expected social roles, keeps many Dalit families in bondage and a perpetual state of poverty.”

According to the India Exclusion report the Musahar Dalits are among one of the most vulnerable groups with less than 10% of Musahar Dalit children studying, a female literacy rate of just 2% and a school drop-out rate of nearly 100%.