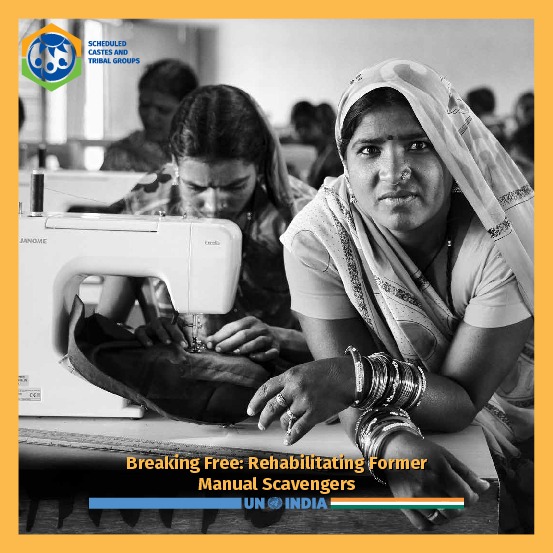 Manual scavenging refers to the practice of manually cleaning, carrying, disposing or handling in any manner, human excreta from dry latrines and sewers. It often involves using the most basic of tools such as buckets, brooms and baskets. The practice of manual scavenging is linked to India’s caste system where so-called lower castes were expected to perform this job. Manual scavengers are amongst the poorest and most disadvantaged community in India.

Despite progress, manual scavenging persists in India. According to the India Census 2011, there are more than 2.6 million dry latrines in the country. There are 13,14,652 toilets where human excreta is flushed in open drains, 7,94,390 dry latrines where the human excreta is cleaned manually. Seventy three percent of these are in rural areas and 27 percent are in urban areas.