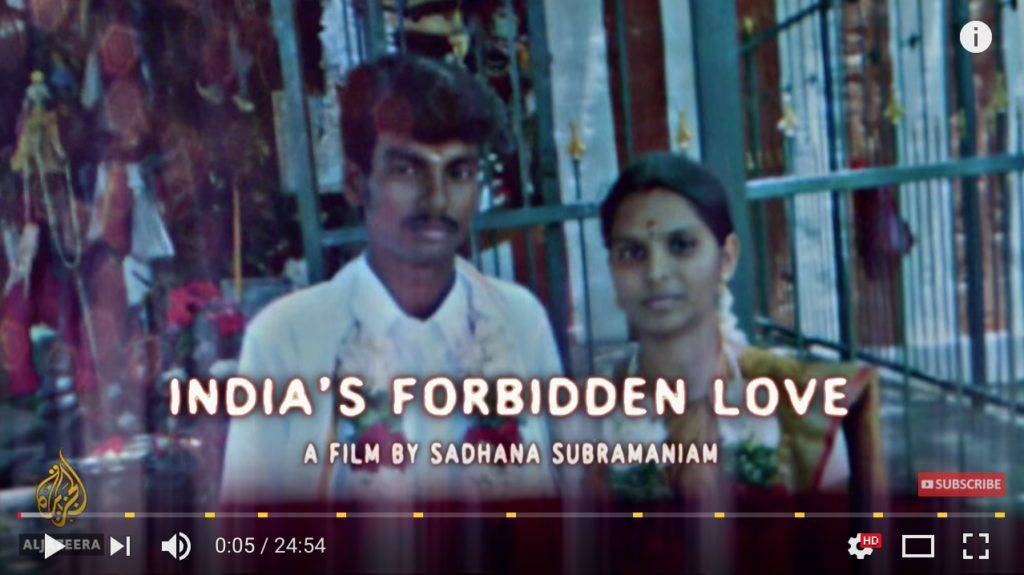 In March 2016, Kausalya and her husband Shankar were brutally attacked on a crowded street in southern India.

Shankar, who came from a lower Dalit caste, died of his injuries. Kausalya survived and accused her parents of orchestrating an honour killing.

Witness follows Kausalya as she fights for justice through the courts, testifying against her parents in a trial where they face the death penalty.

The unique access to both sides shows a family torn apart by a caste hierarchy that remains deeply-rooted in India’s social fabric.