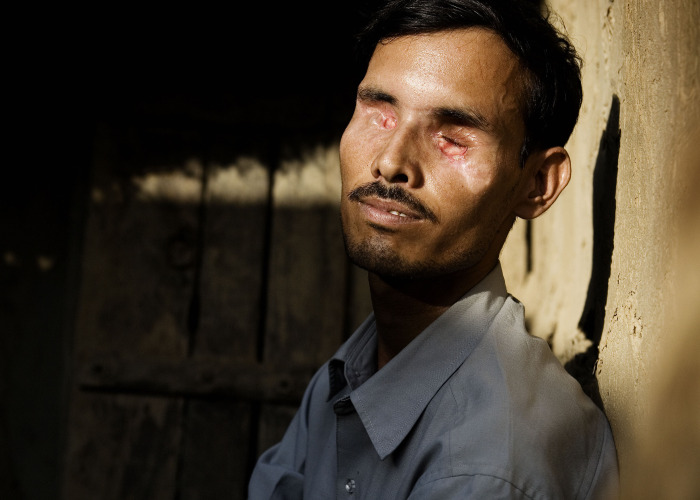 On 25 March 2007, Awadkesh Kumar, 24, was hit by gunshots fired by members of the dominant caste in his community. In the days leading up to the incident, members of the dominant caste had verbally abused Dalits by calling them degrading caste names. Awadkesh had tried to mediate and did manage to settle the immediate dispute. But on the day of the incident a group of men were waiting for him and fired their guns as soon as they saw him. Awadkesh was semi-unconscious for five days and lost both eyes. Four arrests were made, but the court case is still pending. Meanwhile, Awadkesh is unable to feed his family and relies on the help of neighbors.