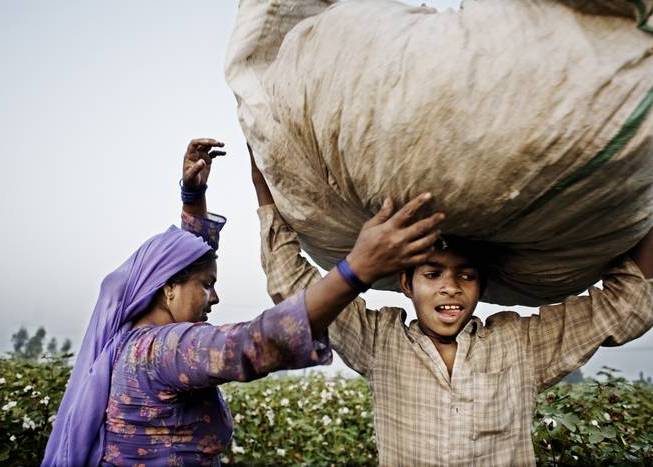 Litani, Haryana, India, October 2007. 14 year old Sukhwinder Singh’s father was an alcoholic and a gambler. At the age of 35, Balwan Singh saw suicide as the only way out of a loan of 474 euros he took from his landlord to sustain his drinking habit as well as buy medicine for his sick mother. For the past six years his son, Sukhwinder, has been working for an average wage of 63 euros per year to repay the loan while at the same time supporting his three sisters and brothers and his mother. Luckily Sukhwinder and others are able to keep track of the repayment – he still needs to repay 79 euros before he is free.