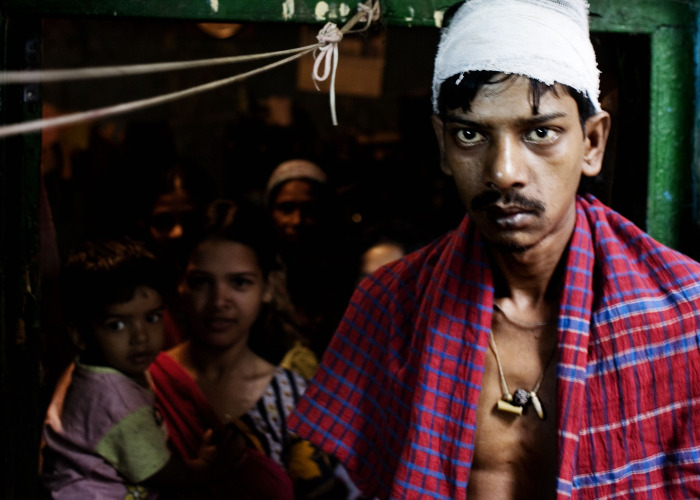 In the village Nararan, Muslims walk down the main road in groups and make trouble. The Muslism carry drugs. When they get cought they say they got the drugs from the Dalits, and the police will make raids. There are 1200 citizens in the village, 11 toilets and no water in pipes. There gets opened up for the water once every day, and it goes to clay holes where they can collect it. They complain every month but nothing is done about it. They can’t move because no one will sell them land. Once in a while they try to buy land incognito but if it is discovered they get threatened. Their job is sweeping. They cannot have a business because no one will buy from them. If they want a job they have to pay 500-600$ to the public employee. When they have a job they will recieve 1500-2000 dhaka each month without pension, but they also have to pribe the offical 100 dhaka in order to get their pay. Though they get an education it is not certain they can get a job, they therefore feel like they are waisting their time. Many of them become drug addicts. The school in the colony is the Methorpotti Primary School. It has been funded by the government since 1964. The children go to school when they are 5-10 years, but some parents want their children to work instead. There are 107 students but only 50 % attent school between 9.30-12. They go to school later because they are helping their parents. The teachers sometimes go and collect them.