The Scheduled Castes and Scheduled Tribes (Prevention of Atrocities) Act 1989 is an Indian act, which aims to eliminate atrocities that are occurring against members of the SCs and STs while at the same time providing protection, compensation and rehabilitation to victims.

However, its implementation remains very weak and the conviction rates are shockingly low. A national-level process has therefore started in India to propose amendments and improve its enforcement under the name of The National Coalition for the Strengthening of the PoA Act. 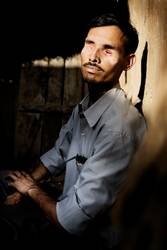 Lucknow, Uttar Pradesh, India: On 25 March 2007, Awadkesh Kumar, 24, was hit by gunshots fired by dominant caste members in his community after trying to mediate and settle a dispute between them and some Dalits who were verbally attacked and called degrading names. Four arrests were made, but the accused were released on bail. The court case is still pending.

Article 17 of the Constitution of India abolishes the age-old phenomenon of “untouchability”. The Scheduled Castes/Scheduled Tribes (Prevention of Atrocities) Act, 1989 & Rules, 1995 were specifically enacted to prevent and protect SC/STs from atrocities committed against them by non-SCs/STs, because the normal provisions of the existing laws like the Protection of Civil Rights Act 1955 and the Indian Penal Code were found inadequate to prevent and eliminate these offences.

The provisions of SC/ST PoA Act & Rules can be divided into three different categories. The first category establishes criminal liability for a number of specifically defined atrocities, and extends the scope of certain categories of penalizations given in the Indian Penal Code (IPC). The second category contains provisions for relief and compensation for victims of atrocities. The third category contains provisions that establish special authorities for the implementation and monitoring of the Act.

The common denominator of criminal offences is that criminal liability can only be established if the offence is committed by a person other than a member of SC/ST against a person who belongs to the SC/ST group.

Despite the comprehensive provisions in the legislation, the implementation of the Act remains weak and inadequate. This was recognized by the Indian Prime Minister Manmohan Singh in a speech delivered on 7 September 2009, when he said that “it is shocking that the conviction rate for cases of atrocities against SC/STs is less than 30% against the average of 42% for all cognizable offences under the IPC” (see more references below).

The National Human Rights Commission and the SC/ST Commission in India have made similar observations about the non-implementation and strong recommendations on the enforcement of the SC/ST Act, such as the Report on Prevention of Atrocities against Scheduled Castes authored by Shri K B Saxena which was submitted to the Prime Minister and State Chief Ministers in 2004.  However, this has had little impact, if any, on the functioning of the state apparatus and the rule of law in India.

The actual numbers on non-conviction rates are far more worrying. As per the National Human Rights Commission Report on Atrocities against Scheduled Castes (2002), the progress of investigation of cases by the police analyzed from the governmental data indicated the following:

In 2012 the following suggestions for amendments were made by the National Coalition for Strengthening SCs &STs (POA) Act (NCSPA):

News article about the non-functioning of the SC/ST Act: “The judiciary is usually unwilling to accept the caste argument”, Tehelka, 15 October 2012